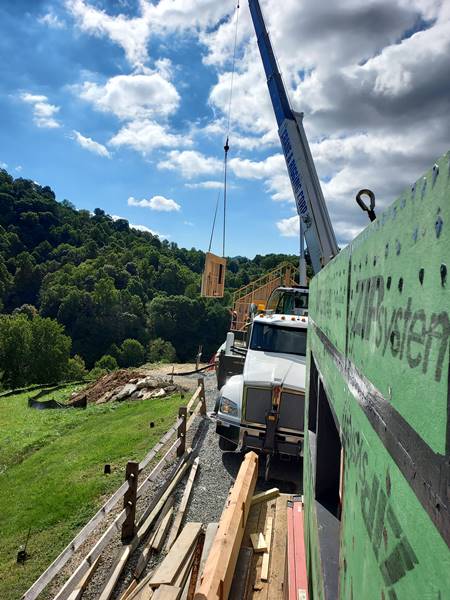 We offer the choice of Panelized Home Construction and we build and manufacture our ShopBuilt™ Panelized Wall Systems in our Boone, NC facility.

Our construction services are tailor-made for your specific needs, built to the highest quality and utmost standards of craftsmanship by our experienced staff carpenters and timber framers. Our crew members aren't just talented at what they do, they're also great people. We take building homes seriously and every member of our team, from the office manager to the CEO, plays an important role in ensuring our commitment to quality and service is reflected in the finished project. Our crew is trained and knowledgeable in all types of construction and most have received their HERS Rater, BPI Building Envelope and Envelope Professional Certifications.

Our owners are directly involved in every project. If a problem or concern arises, you have the option of speaking directly to one of them, not a salesperson of sub-contractor.

Available To Speak To Every Client 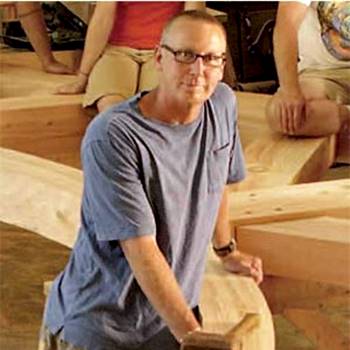 Tom Owens has been a woodworker since 1984, both as a furniture designer/maker and as a timber frame designer and carpenter. Tom apprenticed with a Master Japanese carpenter in the Santa Cruz Mountains of Northern California building a traditional Japanese "minka" (farmhouse) style home as well as studying teahouse and sukiya style carpentry and fine studio furniture.

Tom was invited to visit the Blue Ridge Mountains of North Carolina by friends. He fell in love with the area and never left. In 1997 Tom
co-founded High Country Timberframe & Gallery Woodworking Co.
with business partner Peter Jankowski.

While Tom is the principal timber frame and home designer, he also spends a considerable amount of time considering every aspect of the project from the lot access and home orientation to the final landscaping.

His "hands on" experience in timber framing, fine woodworking and construction combined with his design skills allow him to "think outside the box" when considering potential improvements or "pitfalls." Clients, builders and architects are very appreciative of this extra insight and effort.

Tom's furniture was featured in the book, "The Custom Furniture Source Book, A Guide to 125 Craftsmen" by Kerry Pierce and published by Taunton Press and in other fine furniture compilations. Tom has written for "Sukiya Living: The Journal of Japanese Gardening", on the topic of traditional Japanese carpentry.

Tom and his wife Patricia reside in Boone, NC. When not reviewing plans or designing a timber frame home, Tom, a motorcycle and Moto Grand Prix enthusiast, will most likely be found "going up the country" on his Triumph Tiger and enjoying all that the twisty two lane Blue Ridge Mountain roads have to offer. 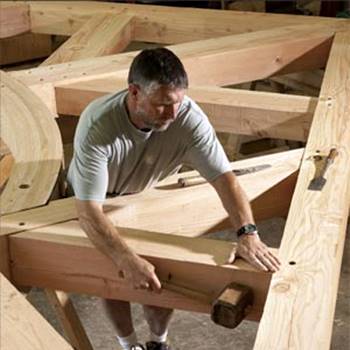 Pete still maintains just a "touch" of his original accent which leaves some asking the typical question, "where are you from?"

Born and raised in Massachusetts, Peter found himself leaving the paper mill life for the cold Arctic waters on a Coast Guard Cutter and then to the warmer climate of Florida.

Finding Florida a little too warm, Peter moved to North Carolina in 1992 and spent a couple of years as a diver for the NC Dept of Transportation. Growing up in Massachusetts, he had developed both an appreciation for and skills in timber framing and carpentry and realized he had a desire to return to those roots.

In 1994, Pete moved to the High Country of NC and worked as a carpenter for a local company. In 1997 he co-founded High Country Timberframe & Gallery Woodworking with business partner, Tom Owens.

If a design/build project Pete will most likely be found on-site enjoying the role of Construction Manager. If a timber frame project, he mostly likely will be found in the shop, hand cutting the timbers or outdoors scaling the frame during the timber raising phase of the construction process.

Due to his knowledge, integrity, honesty and humor Pete is well-liked and respected by clients, suppliers, sub-contractors, employees and co-workers.

In addition to be being a timber framer, Peter is also a farmer. Along with his wife Dorene, they specialize in growing hot peppers and tomatoes for homemade salsas and hot sauces. The products are sold at various retail locations under the label, "Fire from the Mountain".

Email Us
What Past Clients Have To Say